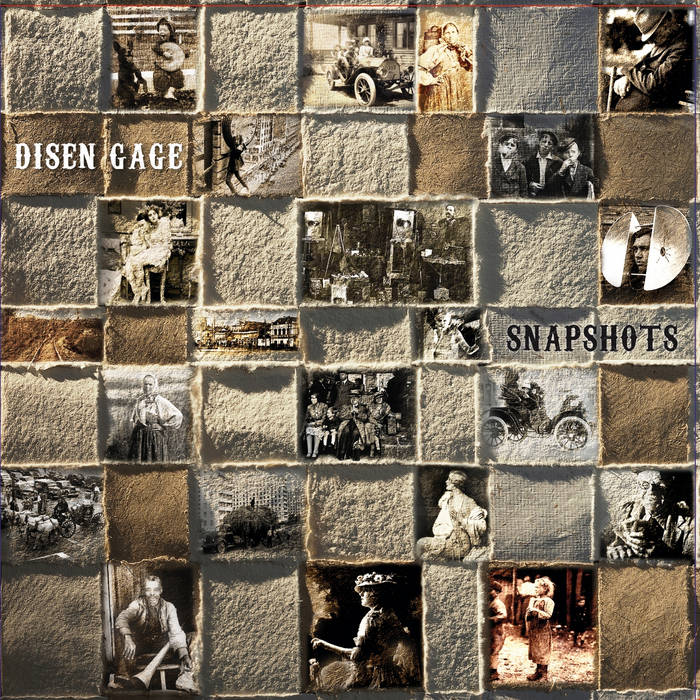 " If there is someway to explain what goes on in this Disen Gage, 2016, "Snapshots", the easy way would be to point out some kind of music references and these will turn out to be many and yet not that accurate.
Eclectic to the top but also very close to the RiO/A.G. styling as daring to break some rules along its way. Its non-stop mutability (just that) reminds me of Radiohead's early efforts. Let me throw some names, but as told, these all are just references.

The playful and folkish like attitude of Samla Mammas Manna, the undercovered complexity of The Thinking Plague, the ignored Rock in Opposition side of Alice Cooper's very early works, the controlled cacophony of Schoenberg's ways, the hot guitar riffs of Carlos Santana, the unfriendly "friendly" nature of Frank Zappa's instrumental humor, the clean cut guitar of Chet Atkins, the ongoing distant solos of Manuel Gottsching as the cosmic sweeping synths' nature of Ash-Ra Tempel, the colors of Miles Davis experimental Jazz works (Tutu), the clockwork like abrupt change of time signatures and variety in instrumentation of King Crimson and whatever else you can detect as some kind of reference.

All blended in perfect and polished balance adding up to a unique sound formula to the point of trascending the repetition of influences tagging. In fact all these references happen simultaneously or instantly.

What else? Well, no mainstream Prog found here!"
Review by admireArt at www.progarchives.com/Review.asp?id=1614269

Bandcamp Daily  your guide to the world of Bandcamp